The history of life returned with all the colors of the palette after a huge, destructive pyroclastic flow 90,000 years ago.

“Magaibutsu” are sculptures of Buddhas carved directly into cliff faces. Bungo Ono is home to more of these carvings than most other areas of Japan. Many of them are carved into the softer segments of ignimbrite with no columnar joints left after the pyroclasts cooled down.

Open the Side Menu to select a site. 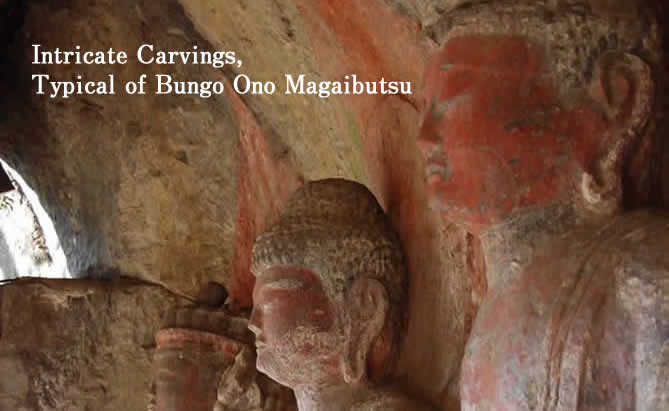 The Sugao Magaibutsu are five stone Buddhas carved in the late Heian period out of ignimbrite formed nearly 90,000 years ago from pyroclasts from the Aso volcano. Crafted just as intricately as the wooden Buddhas of Kyoto and Nara, these carvings have been designated as Nationally Important Cultural Property. Among the many cliff-carved Buddhas of Bungo Ono, these are the most symbolic of all. 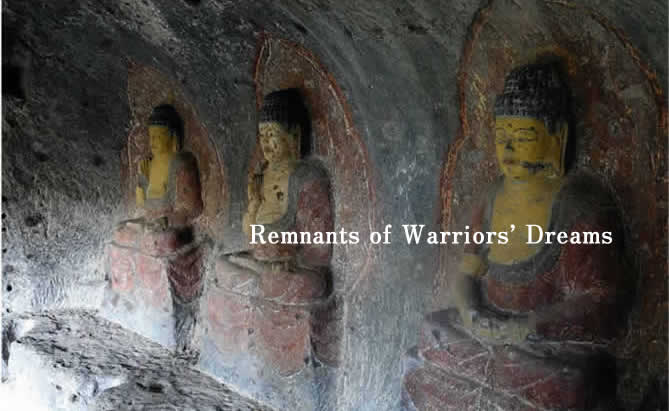 Situated at two locations, east and west, these stone Buddhas are carved into the ignimbrite left from the Aso volcano’s pyroclasts and are believed to have been crafted in the late Heian period. This area is said to have belonged to the manor of Ogata Saburo Koreyoshi, who fought in the Genpei War, and these Buddhas are thought to have been carved with his involvement. 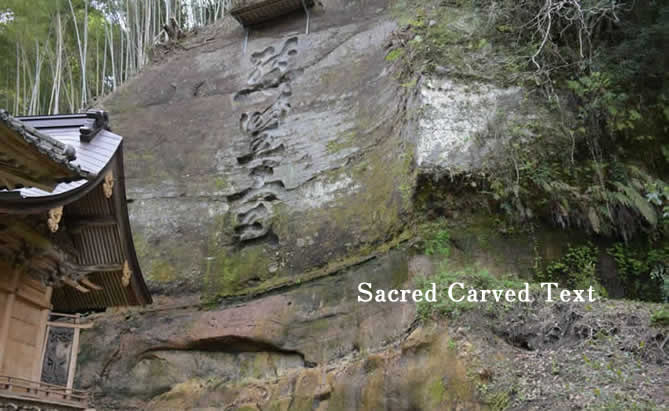 The stone cliff behind the shrine is made of ignimbrite formed by pyroclasts from the Aso volcano nearly 90,000 years ago and features the characters “Kumano Shrine” carved into it. Below the cliff water bubbles up from an underground reservoir, offering a glimpse at how this location, along with the cliff-carved Buddhas, served as a spiritual destination. 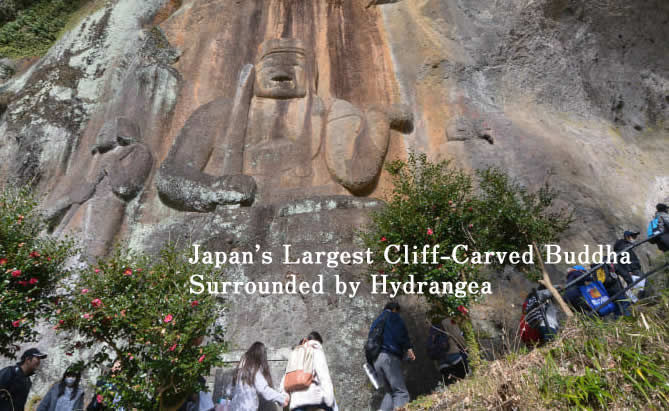 This Buddha statue carved in stone cliff, located on the grounds of Fukoji Temple, stands 8 or 11 meters tall. It is one of the largest such carvings, alongside the Kumano Magaibutsu on the Kunisaki Peninsula. While most of the cliff-carved Buddhas of Bungo Ono are carved into ignimbrite formed nearly 90,000 years ago from pyroclastic flows from the Aso volcano’s fourth eruption, this Buddha is carved into ignimbrite from the mountain’s third eruption around 120,000 years ago. 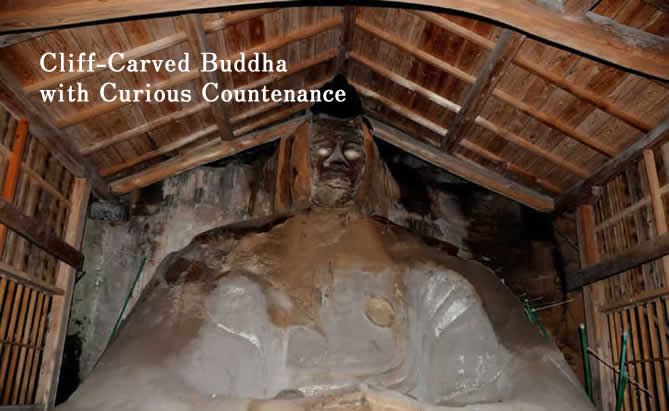 This cliff-carved Buddha, with its odd, seemingly masked face, was made of clay mixed with hemp and other fibers. This stone was formed by pyroclastic flows around 600,000 years ago from a volcano located where Mt. Yufudake stands today. How the statue has worn the current appearance is believed to be by faster erosion of the very fragile stone. 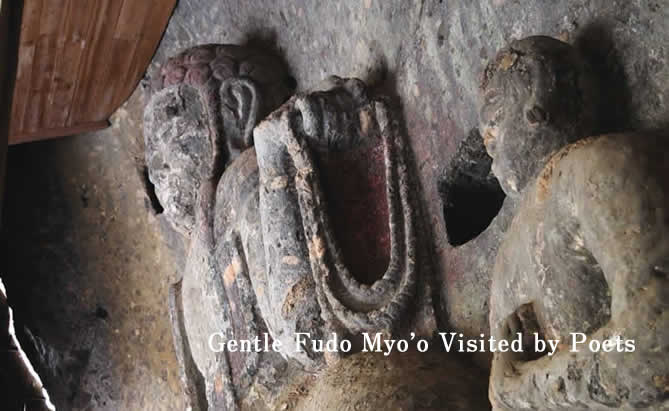 The Inukai Sekibutsu is carved into ignimbrite formed nearly 90,000 years ago by pyroclastic flows from the Aso volcano, It is believed to have been carved during the Kamakura period. Though the carving is of Fudo Myo’o, this one gives him a uniquely gentle expression. There is a stone monument of the poem which Famous poet Yosano Akiko wrote on her visit here.